Cornell University has just posted an online collection of “persuasive” maps owned by Paul J. “PJ” Mode, who has been building this collection for years. Some might describe these as “propaganda” maps, but Mode is right that this term fails to capture the breadth of a genre that is designed to influence opinion and belief. His collection of persuasive maps includes everything from subtle allegorical maps of a moral life to the provocative wartime maps designed to rally popular support of a particular agenda or regime. The website is best viewed through the “browse by subject” tab, which showcases the many categories that these maps fall into, all exceedingly well curated by Mode himself, who has considerable expertise in this area.

Some of these maps may be familiar, for they have been seen elsewhere. But most are surprising, for PJ has sought out rare and little-known examples to capture the myriad ways that maps have been put to particular uses, be they moral, social, political, economic, or other. For example, one that has long fascinated me is this temperance map from the 1830s, designed to warn against the belief that moderation in drink was anything but the path to drunkenness. 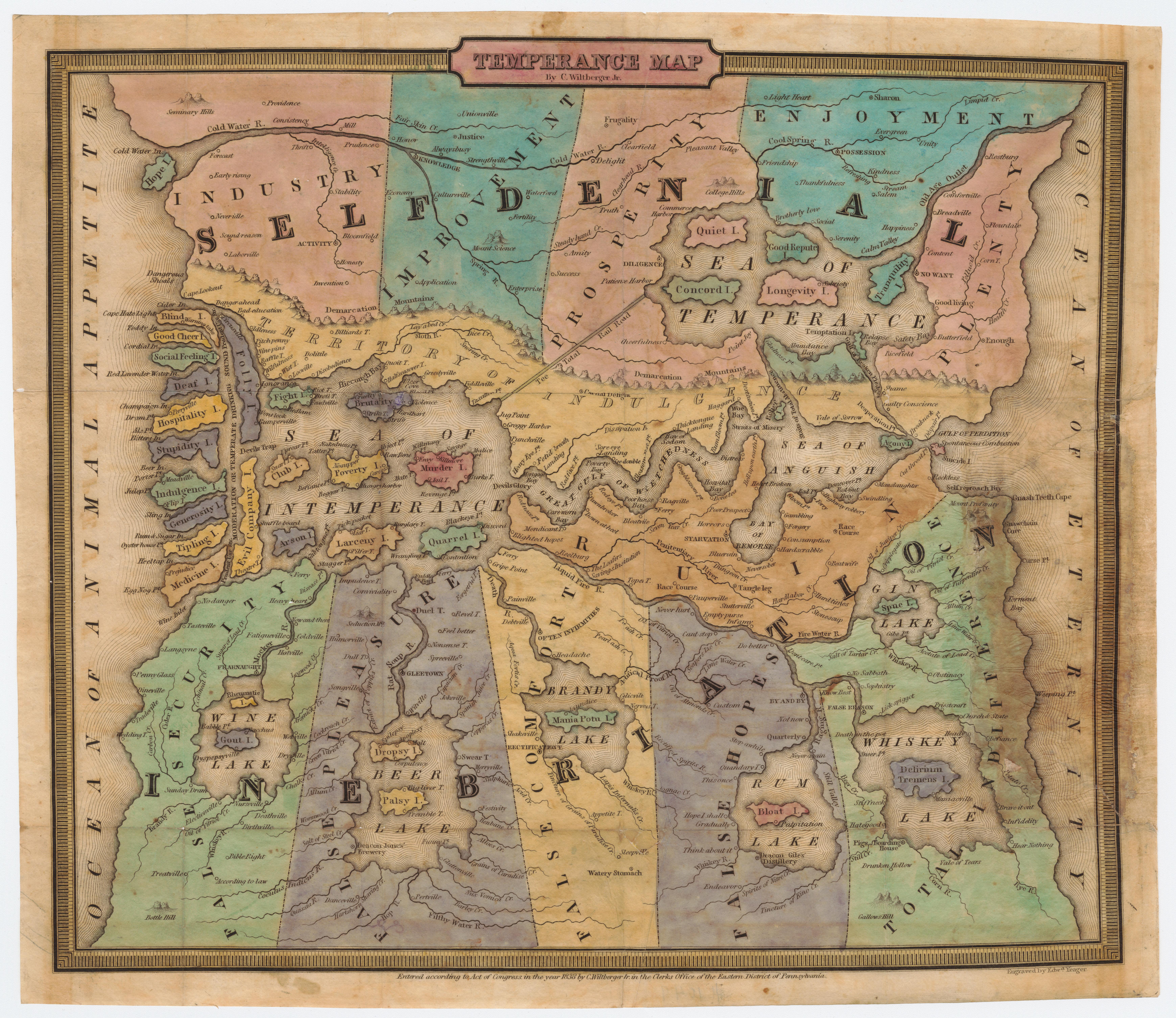 The map begins at left, where the reader sails through the “Ocean of Animal Appetites” to navigate one of several obstacles to salvation. This archipelago is comprised of many “moderate” uses of alcohol, from the pressure of “social feeling” to the myth that drinking beer would improve mother’s milk. 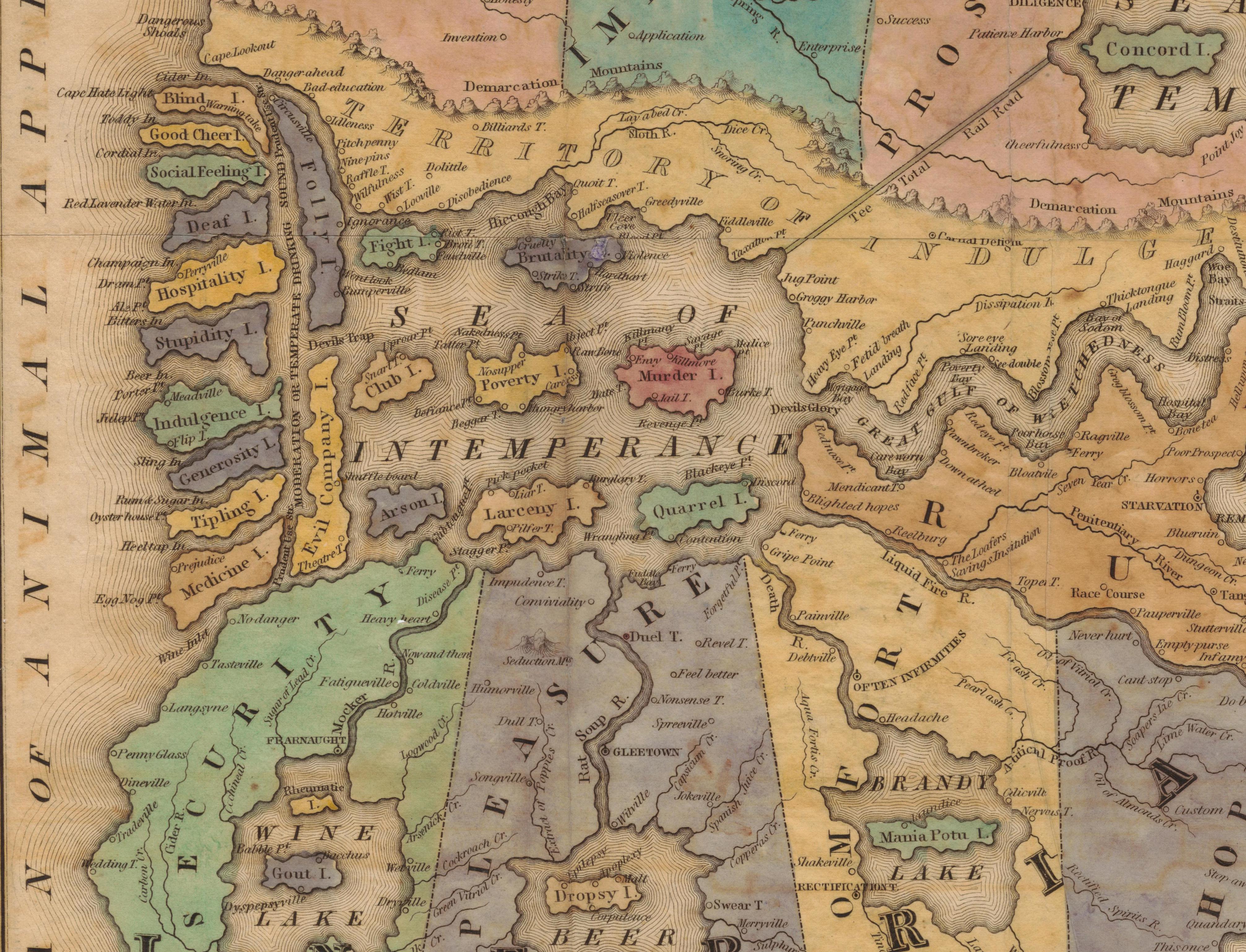 The sheer level of detail in this map rewards close reading, such as the “Tee Total Rail Road” that leads straight from the “Sea of Intemperance” to the “Sea of Temperance.” And the only hope you have in the “Great Gulf of Wretchedness” is to make it through the narrow “Straits of Total Abstinence.” Find yourself in “Relapse Bay?” Lost in the “Gulf of Broken Pledges” or the “Sea of Anguish?” Perils–and choices–abound.

A temperance map like this is part of a longer tradition that Mode’s collection captures, allegorical maps that stretch back at least to the fifteenth century, when Dante’s Divine Comedy inspired a host of cartographic imagery about salvation and propriety. And maps like this inspired other similar uses, particularly by the reformers and social scientists of the late nineteenth century who used maps to identify patterns of vice in London, Chicago, and New York City.

An equally powerful example of persuasive cartography is this caricature issued by the Ukranian Insurgent Army, roughly translated as “Stalin Evens Out Our Borders.” Undated, Mode assigns it a likely date of 1945 or 1946, at that terribly consequential moment between the end of the Second World War and the onset of the Cold War. 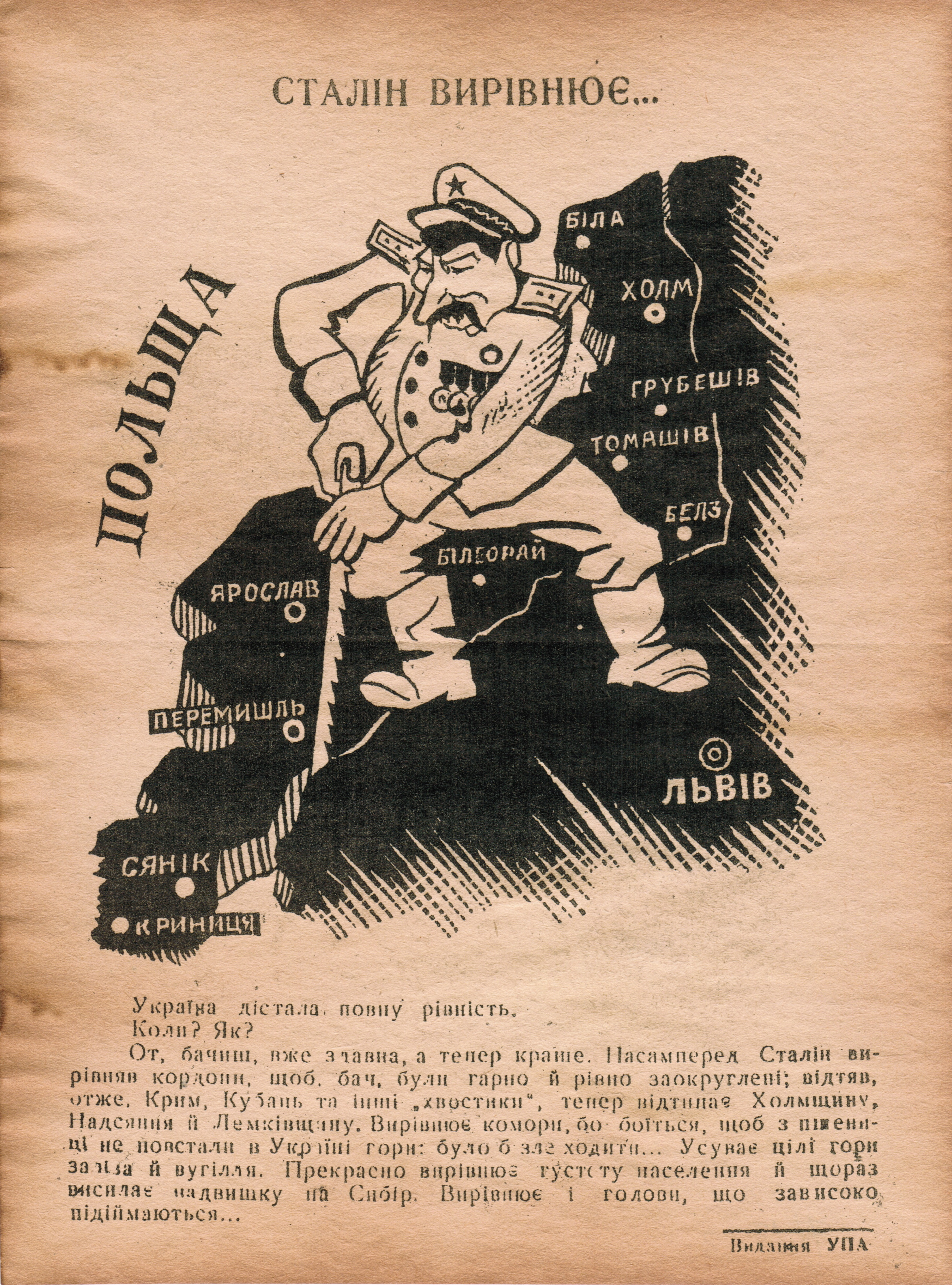 The map is complicated, and Mode details its meaning and importance in great detail. But in general this Ukranian nationalist organization used cartography to demonstrate that–from their perspective–the Yalta agreement of February 1945 had wrongly allowed the Soviets to add Ukranian territory to the restored nation of Poland.

Of course, all maps are persuasive in some respect–they include some ideas and information at the expense of others. But the range of examples in Mode’s online collection gives us a palpable sense of how “persuasive cartography” constitutes a genre in and of itself, if only to denote the blatant, explicit types of cartography that have proliferated in the last few centuries.

A few tips and details: the collection now includes 300 maps, all downloadable in beautiful high-resolution files. There are plans to continuously add to the collection as new maps are acquired. There is terrific background on the site, from the history of persuasive mapping to an extensive bibliography that provides a great resource for the avid student; perhaps most helpful are the extensive notes and metadata developed by Mode himself, who has immersed himself in the production and context of these maps. The site also has ample opportunity for feedback from users.

But don’t take my word for it, see for yourself! 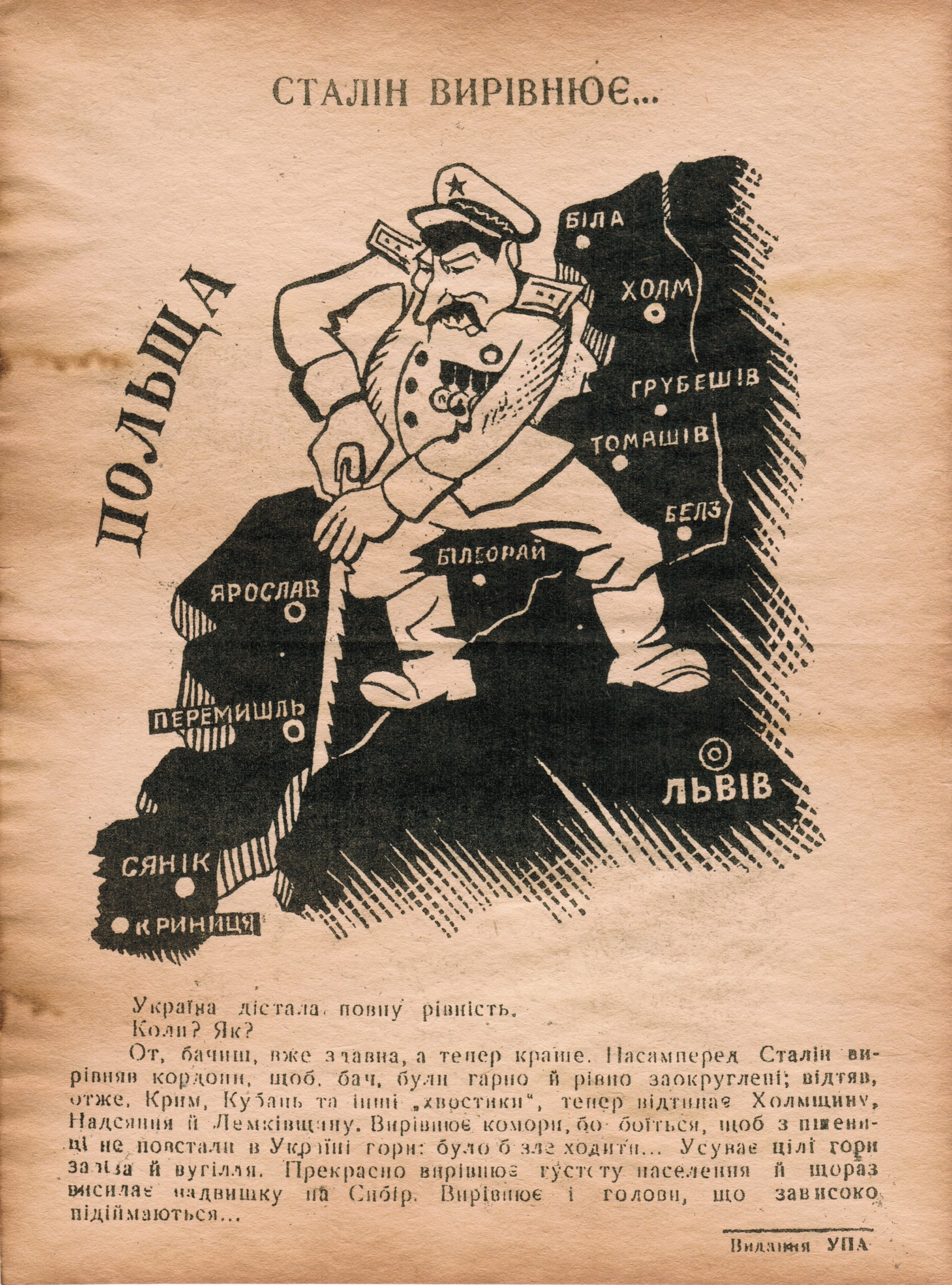