How Emma Willard Mapped Time in the Nineteenth Century

This week I had the privilege of posting a story for the Public Domain Review on Emma Willard, one of the most influential educators in the nineteenth century. For decades, Willard dominated the textbook market in part due to her unconventional and insistently visual approaches to learning. The PDR story highlights some of Willard’s most audacious  images, including her Perspective Sketch of the Course of Empire, which follows time as a river that widens in relevance as it approaches the reader. The success of that tool emboldened her to take the stream of time one step further with the Temple of Time, where students are instructed to populate a structure with the most important individuals of the past. Both are showcased below. Notice that in both Willard thinks of time in relative terms, emphasizing that history comes down to our own day, and shapes our own lives. 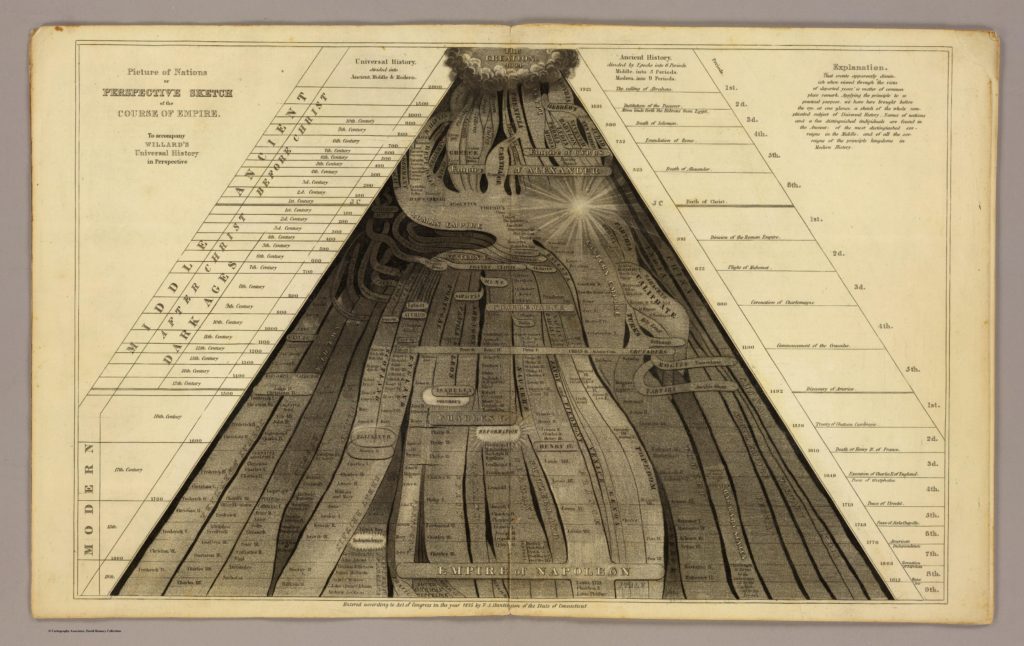 Emma Willard’s 1836 chart of world history, which renders time as a fluid, relative experience. At right is the bright light of the birth of Christ, followed by the middle and modern age. 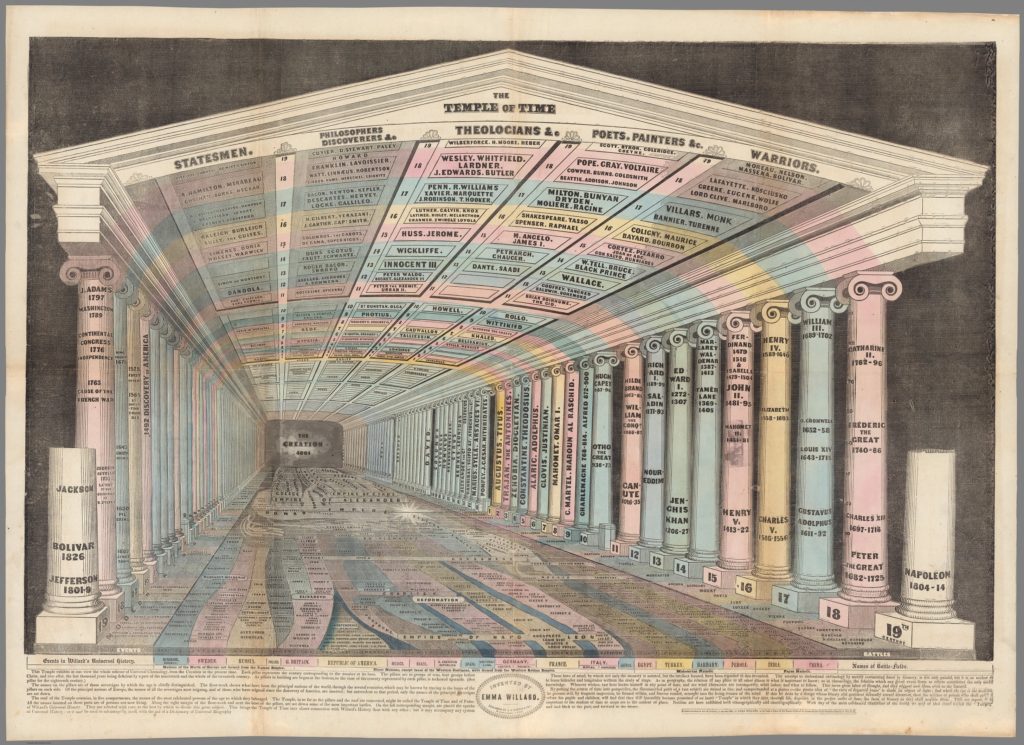 Willard followed up her stream of time with this equally ambitious Temple of Time in 1846. Note that the stream forms the floor work of the elaborate temple, where students can fill in the names of important events and leaders from Creation forward to their own day. Image courtesy of David  Rumsey Collection at Stanford University. 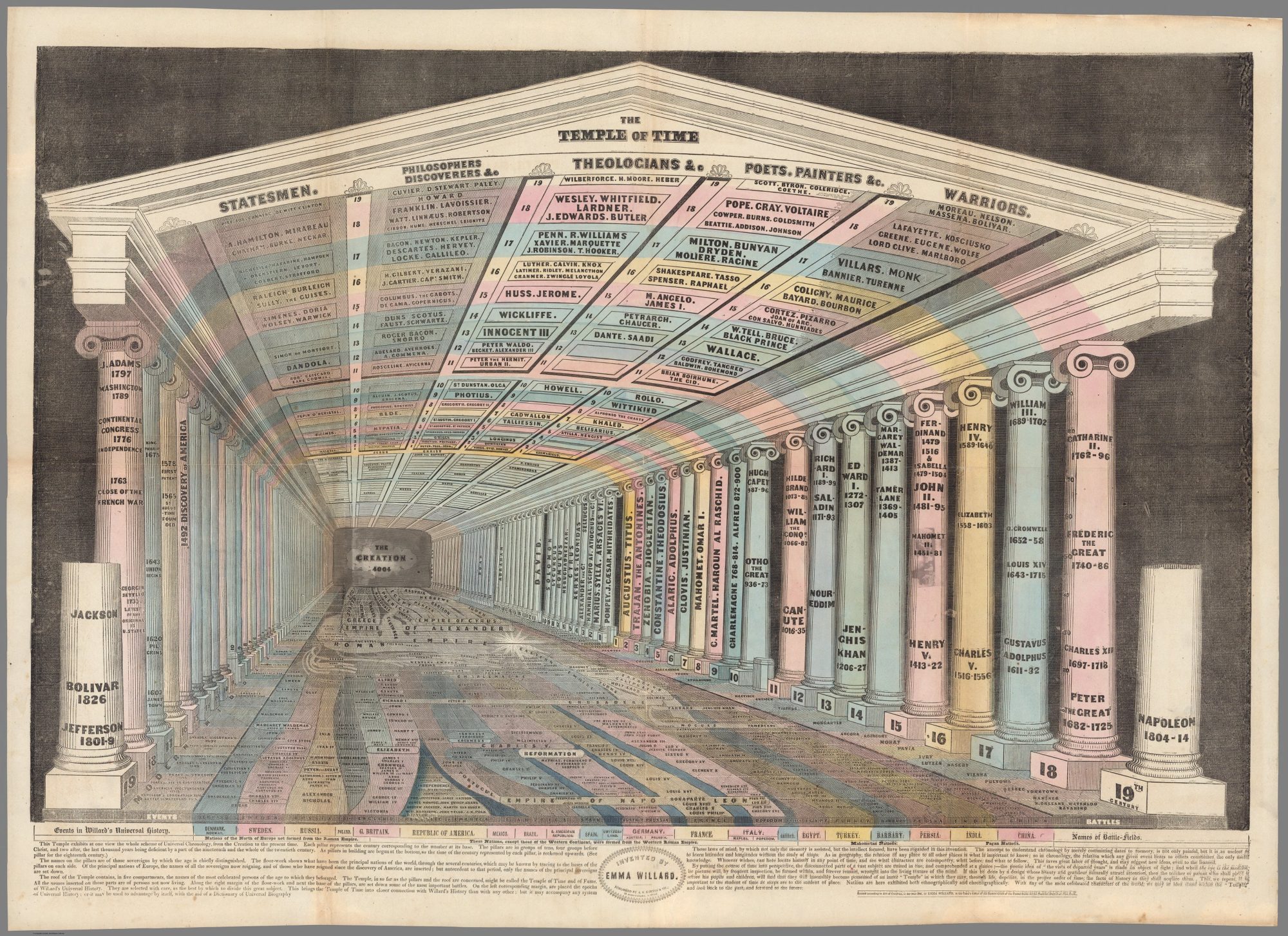