My last post examined a map of Georgia and Alabama made by the Office of the Census during the Civil War, located in the National Archives. This map of Louisiana was made by the same office at the same time. Though the base maps are entirely different, the categories of information laid onto the map are for the most part the same, all drawn from the 1860 Census: population of whites, free blacks, and slaves; acres of improved land; livestock and agricultural production. In the Louisiana map, there is also a measurement of railroads, though no category for men of military age. 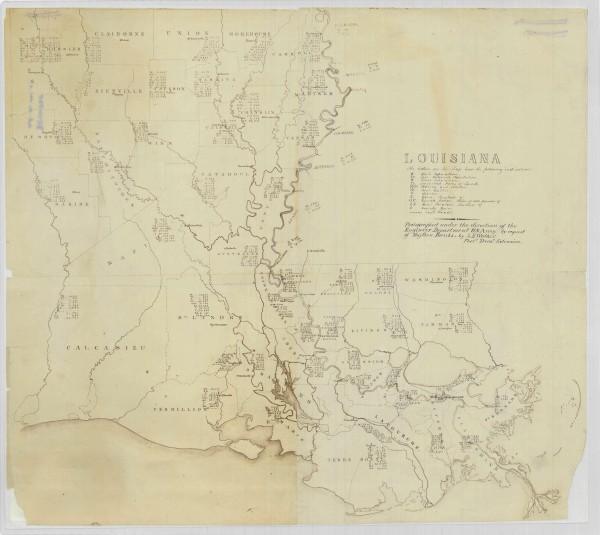 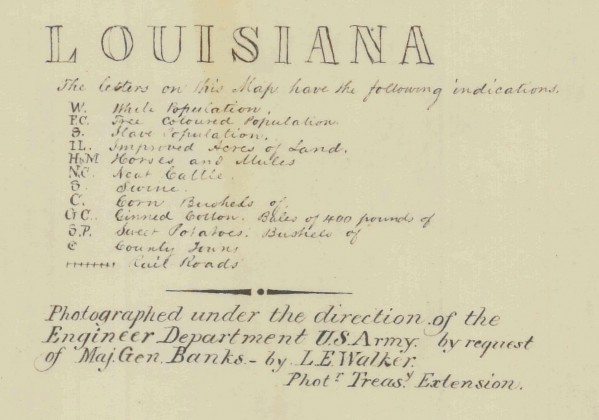 But the context for the map remains a mystery. (At least for the moment — I plan to get to the bottom of this one!). The National Archives has no information about either the time of its creation or the precise nature of the project, only that it was created by the Office of the Census during the Civil War. Perhaps the Superintendent of the Census was preparing these maps at the request of the military, or doing so on his own initiative. Either way, they are powerful evidence that someone in the Census office was trying to translate the data into a form that would be useful and meaningful to the Union military effort. The  map’s explanatory title give us some clue — for instance, mentioning L.E. Walker, who actively reproduced maps for the Treasury Department (which included both the Coast Survey and the Census Office). This will take some more digging, but it’s fascinating to realize that the Superintendent of the Census, J.C.G. Kennedy, was working to put this data into  cartographic form, however elementary. 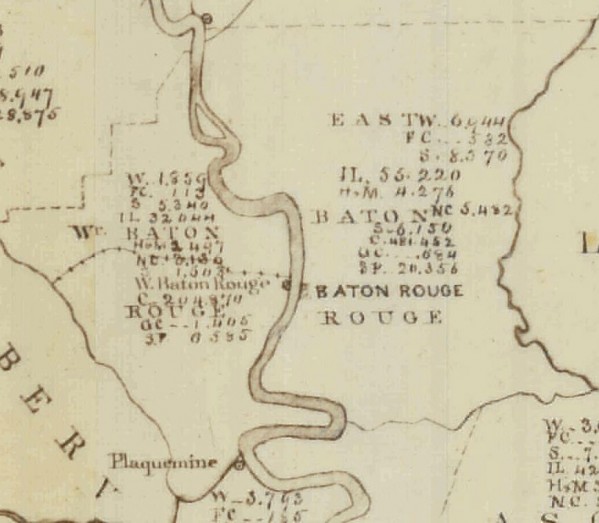 As always, let me know your thoughts! 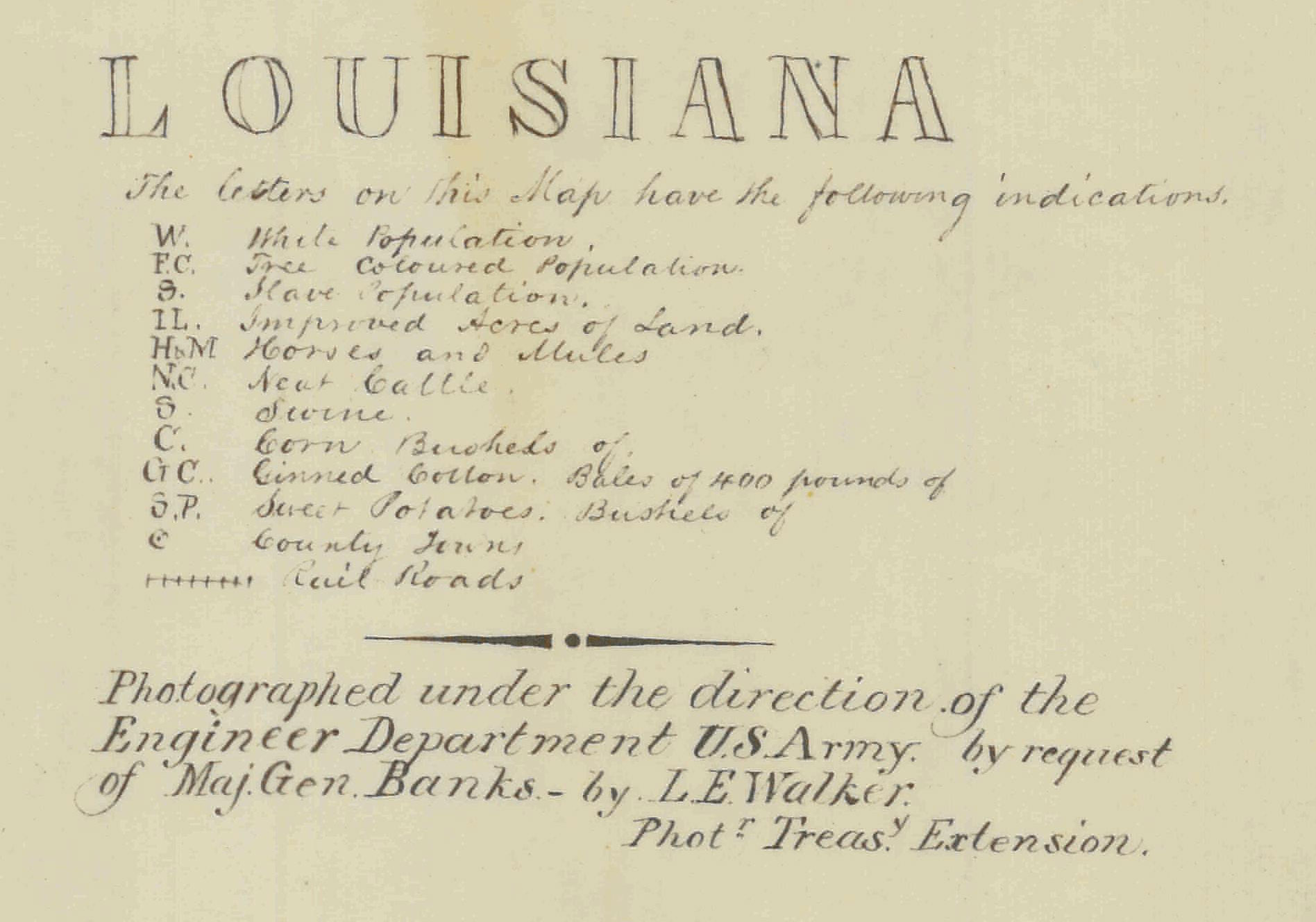